FORMATION OF THE BRIGADE

On 13 February 1776 orders were issued from Guards Headquarters in London forming a detachment from the three Regiments of Foot Guards for service in the war in America. Under the command of Brigadier General Edward Mathew (Coldstream Guards), the detachment was to consist of 15 privates from each of the 64 companies of Foot Guards. Officers, non-commissioned officers, and musicians were also drawn from the regiments. A chaplain, surgeon, and surgeon’s mates were recruited. The personnel were divided into 8 regular infantry or battalion companies, 1 light infantry company, and 1 grenadier company. The unit embarked for America on 2 May 1776.

Shortly after the Brigade’s arrival off Sandy Hook in 1776, the uniform was 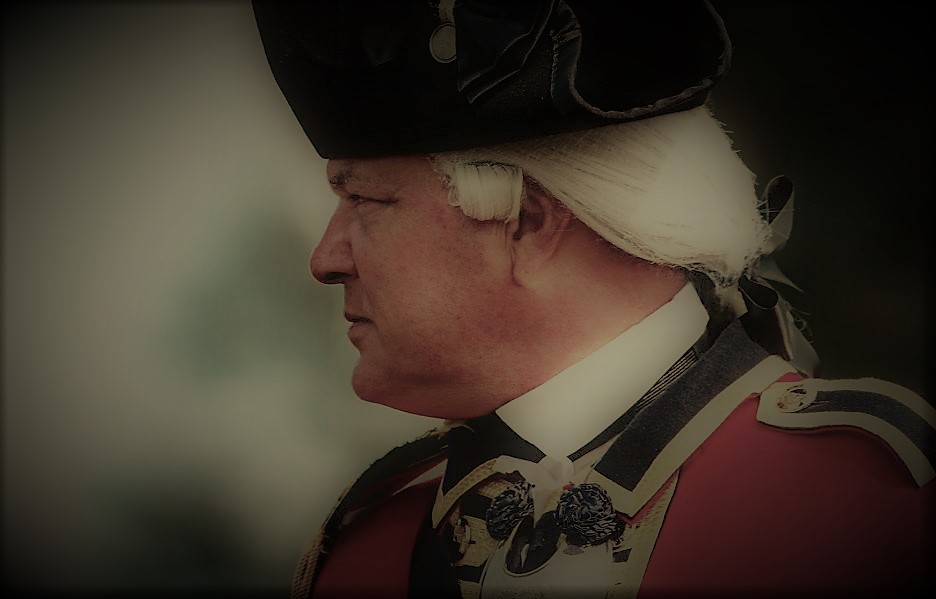 altered from the parade ground look of a London garrison regiment to the more rugged appearance of a combat unit. The smartly cocked hats of the infantrymen were let down and cut smaller, then turned up on one side only. The gleaming white waist belts were laid aside and the bayonet scabbards mounted on the cartridge pouches. Trousers and spatterdashes replaced breeches and gaiters for field service. Finally, the last vestige of the Guardsman's glory, the 18 yards of white lace, was removed from the uniform coats, with the First Battalion men retaining only the lace on their shoulder straps.

The Brigade began its American service on 22 August 1776 when it went ashore on Long Island and camped at New Utrecht. During the next few months it saw service at various locations in New York. The Guards participated in the Battle of Long Island on 27 August, after which they camped at Hell Gate until 15 September when the Army landed on New York (Manhattan) Island at Kip’s Bay. The Brigade encamped near Turtle Bay during which time the men were called out to create a fire break to prevent the spread of the disastrous fire that burned one-third of the city of New York on the night of 21 September. The Guards accompanied Howe when the Army went north and landed at Frog’s Neck on 12 October and Pell’s Point on 18 October. They were present at White Plains on 28 October, although they did not see combat. From White Plains, the Army marched west to Tarry Town and then South towards New York Island again.

The Grenadier Company suffered the loss of two of its officers early in the campaign. Capt. Bourne died in New York on 14 October and Capt. Madan was left sick in New York from October 1776 until May 1777. As a result, on 11 October Capt. Charles Leigh of the 6th Company (Third Guards) was assigned to do duty with the Grenadiers until otherwise ordered. 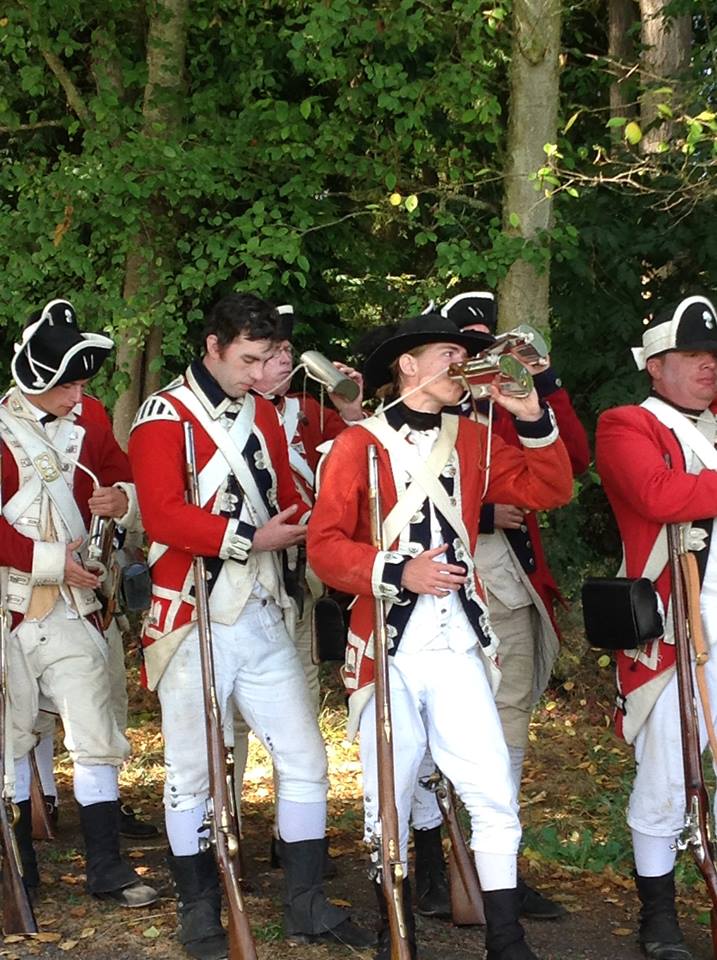 On 15 November 1776 the Guards were ordered to leave their camp standing near Kingsbridge, New York, and be ready to march at 4:00 the next morning carrying canteens, blankets and haversacks with one day’s provisions. They were provided with a guide, a local loyalist who knew the territory. Their objective was Fort Washington, located on a prominent height at the north end of New York Island. Howe had planned a four-pronged attack on the fort. No attempt was made from the west, due to the high cliffs rising from the Hudson River. The main assault was launched from the north by German troops under General Kniphausen. General Percy, bringing up a column from New York City, formed line of battle from the south. The 42nd Regiment of Foot crossed Harlem Creek to storm the fort from the southeast. Meanwhile, Brigadier General Mathew led the Brigade of Guards and the Army Light Infantry in a waterborne assault down Harlem Creek from Kingsbridge to attack the fort from the northeast. The defenders surrendered to Kniphausen, and although the Germans suffered heavy losses in the fighting, there appear to have been no casualties among the Guards.

From Fort Washington the Brigade, with other elements of the Crown Forces under Cornwallis, crossed the Hudson River to New Jersey, participating in the capture of Forts Lee and Constitution. After marching through the Jerseys, Cornwallis sent his force to winter quarters. The Guards were quartered at Raritan Landing, just up river from Brunswick, New Jersey. After the Continental victory at Trenton, the First Battalion of Guards was ordered to the field for several days in early January 1777, while the Second Battalion stayed with Brigadier General Mathew to assist in the defense of Brunswick. During the remainder of the winter the Guards participated in several raids, feints, and foraging parties.

After going to the field in May of 1777, the Brigade was in combat at Short Hills, New Jersey. It took ship from New York with the British force destined for Philadelphia via the Chesapeake. The Guards saw action at Brandywine, Valley Forge, Germantown, and White Marsh before going to winter quarters in Philadelphia.

In 1778 the British forces, including the Guards, en route from Philadelphia to New York, met the Continentals in battle at Monmouth Courthouse, New Jersey. Due to a lack of officers, the Guards spent most of the next two years in garrison in and around New York City. The flank companies of the Brigade were sent to the field for raids and skirmishes including Portsmouth, Virginia and New Haven, Connecticut in 1779, and Young’s House in New York in 1780. The entire Brigade saw action at Springfield, New Jersey in 1780.

Brigadier General John Howard (First Guards) was temporarily appointed to replace Brigadier General Mathew in 1780 until the arrival of the new commander, Brigadier General Charles O’Hara (Coldstream Guards). The Brigade embarked for the South in October of that year, eventually joining Cornwallis in North Carolina in January of 1781. By that time O’Hara had joined the detachment. On 1 February the Guards forced the crossing of the Catawba River (North Carolina) with great gallantry and on 15 March suffered grievous losses at the battle of Guilford Courthouse, North Carolina, after which the Brigade was temporarily reduced to one battalion of 4 under-strength companies.

They marched with Cornwallis to Yorktown, Virginia and surrendered to the Continental Army on 19 October 1781. General O’Hara, as second in command, surrendered Cornwallis’ sword to Washington’s representative, General Lincoln. Most of the Brigade’s officers were paroled and the men marched into captivity at York, Pennsylvania, where they remained until 1783. During most their imprisonment, Lt. Col. John Watson Tadwell Watson (Third Guards) commanded the Brigade from New York.

The Guards returned to England in two detachments, one arriving in January and one in July of 1783. After disembarking, the men marched to London to rejoin their respective regiments.