The purpose of our unit is to faithfully recreate through reenactment the dress, drill & lifestyle of artillery units operating during the Civil War and post war eras. We strive to perpetuate and share knowledge about this pivotal time in United States history. In addition, we stress authenticity in our activities through manner and dress as well as provide a safe, family oriented environment through which all who participate can have fun and fellowship. We participate in numerous activities including, living history events, field encampments, battle reenactments, and other civic activities throughout Arizona, Nevada and California. 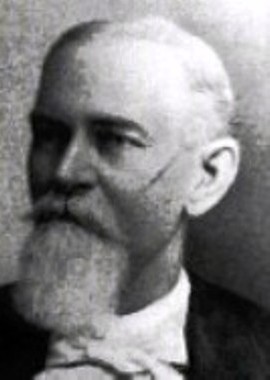 In February 1861 the battery was called into service by the Texas Committee of Public Safety. Edgar's Company united with Col. Ben McCulloch's troops on February 15, 1861, near the outskirts of San Antonio and awaited orders to confiscate the federal supplies and munitions at the United States Military Headquarters of Texas. The following day the troops marched into the city. Maj. Gen David Twiggs peacefully surrendered the federal buildings and supplies and also ordered the evacuation of all federal garrisons in the state. Following the victory, Edgar's company was assigned to guard the abandoned arsenal. The company quickly earned the nickname "Alamo City Guards." The unit remained in this position until April 20, 1861, when Col. Earl Van Dorn called the company into Confederate service. Named Edgar's Company A, Texas Light Artillery, the unit was an independent company attached to McCulloch's Regiment of Texas Cavalry. The unit numbered approximately sixty men and was armed with four guns and ammunition as it began its march to Powderhorn, a settlement on Matagorda Bay. However, shortly after the march began, Captain Edgar received orders to return to San Antonio to assist with the disarming of federal troops under the command of Lt. Col. Isaac Reeve. Edgar's troops returned to unite with Van Dorn's troops near Castroville where they awaited action. Receiving word from a scout that his troops were greatly outnumbered, Lt. Col. Reeve surrendered peacefully before the confrontation could begin.

Following a second successful campaign, Captain Edgar was ordered to prepare his men for action in northeastern Texas. He set up camps along the road between San Antonio and DeWitt County to begin recruiting additional men. Edgar wanted to increase the number of his troops to 100, but before he could reach his goal, the battery received orders to report to the junction of the Ouachita and Red rivers. Upon arrival, the battery was directed to Harrisburg. Edgar continued his recruitment efforts along the way. The battery remained in Harrisburg until September 1861 when it moved to Galveston. During the winter, Edgar continued recruitment and training, and he increased the number of guns to six and added enough horses for the transport of the artillery. He also requested the appointment of additional officers. Although Edgar was dedicated to recruitment, the battery remained well under the required number of men. The problem was complicated by the fact that many of the initial men were nearing the expiration of their one-year enlistment and did not wish to enlist for another year.

In April 1862, Edgar's men received orders to report to Brig. Gen. Thomas N. Waul and serve as his legion's artillery company. While stationed at Camp Waul, Edgar was successful in reenlisting some of his men by offering furloughs and bounties. In the fall of 1862, the battery again received orders changing its command to Brig. Gen. Henry McCulloch. General McCulloch was ordered to organize a division under the Trans-Mississippi Department to serve in Texas and Louisiana. When the battery arrived at Camp Nelson in September, it was placed in the Third Brigade. Later that year McCulloch was relieved by Maj. Gen. John G. Walker. The division began a difficult march into Arkansas to the west bank of the Arkansas River where Camp "Freeze Out" was established and appropriately named. From January to May of 1863, the division participated in several expeditions throughout southern Arkansas and northern Louisiana before it received orders to march to Vicksburg. The Third Brigade began marching toward Judge Perkins's plantation where Union troops were camped. The surprised Federal troops retreated and fell back into line. They were supported by gun boats on the Mississippi River, but the cannon fire proved inaccurate and ineffective. After more than an hour of fighting, the Union troops retreated to transports and left the area. This became the battery';s first important engagement in the war.

Throughout the summer of 1863, Edgar's Company was involved in several other battles. It fought near Milliken's Bend and suffered significant losses. At Richmond the battery surprised Union forces and caused a great deal of damage. Various operations were carried out near Delhi until the surrender of Vicksburg in July. On October 17, 1863, Walker's division fell under the leadership of Gen. Richard Taylor and joined with other Confederate forces. At the same time, Gen. William R. Scurry became commander of the Third Brigade. The brigade participated in numerous operations in the Atchafalaya area. In late December, the brigade was moved to Simmsport to guard the pontoon bridge on the Atchafalaya Bayou. The first part of 1864 was marked by rumors that Union forces were moving toward the bridge. Finally on March 7, General Scurry gave orders to prepare for combat, but General Walker later ordered the brigade to fall back to Marksville, near Fort De Russy. Skirmishes ensued, and the overwhelmed fort was forced to surrender. The division quickly moved to a new camp in the Piney Woods before marching toward Shreveport.

On March 20, 1864, the division received word that the Second Louisiana Cavalry was involved in an engagement and needed additional support. The following day, Captain Edgar led his battery through pouring rain and sleet to engage Federal troops at Henderson's Hill, Louisiana. Orders were sent for Edgar' men and the Second Louisiana Cavalry to fall back, but the courier was captured by Union troops, and the message was never received. During the night, General Mower and federal troops led a surprise attack against the men. Most of Edgar's men were captured. The few who escaped were placed in other positions within the Third Brigade.

The captured soldiers were transported to New Orleans for imprisonment. Negotiations for an exchange began in early summer between Confederate Gen. E. Kirby Smith and Union Maj. Gen. Edward S. Canby. By July 22, 1864, the men were exchanged at Red River Landing. Plagued by problems of desertion, Edgar struggled to keep his battery together. The battery served in the Red River area but as an unattached unit until it came under the command of the Eighth Mounted Artillery Battalion in September. The winter was spent in Natchitoches before moving back into Texas in early 1865. As news spread of Confederate troops surrendering, the battery quickly dissolve.

In spite of this, the battery was included in the list of Confederate troops surrendered at Galveston on June 2, 1865.