BATTERY A, 3RD U. S. ARTILLERY

When the War of the Rebellion was precipitated, the Government was extremely anxious about the temper of the States on the Pacific Coast, particularly California. This led at once to energetic measures to secure the safety of San Francisco. All the companies of the Third on the Coast, except D, were at once concentrated in that harbor. Much, however, as they were needed there, they were needed in the east more. Accordingly, October 14, 1861, headquarters with H, G, L, M, and C, the horses and guns being turned in, embarked for New York via the Isthmus. This left A, B, L at San Francisco and D at Ft. Vancouver, the latter proceeding in February, 1862, from Camp Pickett, San Juan Island, to Alcatraz Island, San Francisco Harbor. 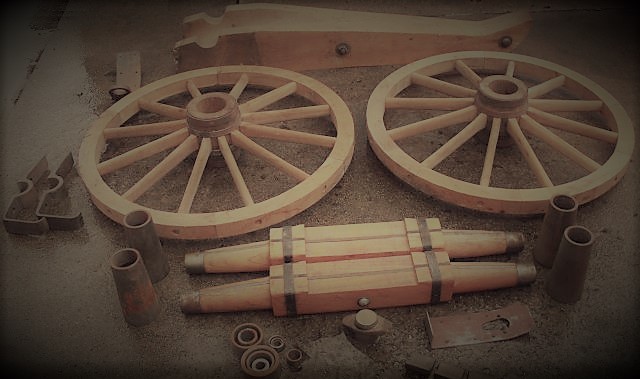 Battery A, the “Jackass Battery,” so named as the two 12 lb. mountain howitzers were broken down (see photo at right) and transported by pack mules, under the leadership of Captain Nathaniel J. Pishon, joined Colonel Carlton's column which marched in 1862 from Fort Yuma across the deserts to Tucson, thus securing that portion of the Territory from usurping rebel, authority. Having accomplished this task, Battery A, marched on with other Union troops into New Mexico where it served as a light battery until 1865 when it was transported to Boston Harbor.

While in New Mexico the light battery saw exceedingly hard service as it was marching much of the time, when not as artillery, against the Indians as cavalry. No company of the regiment saw harder service during the war than Company A.